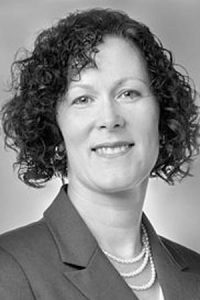 Val Hoyle was born at Travis Air Force Base in Fairfield, California on February 14th, 1964 and grew up in a proud union household in New England. She earned a Bachelor of Arts degree in Political Science with a concentration in International Studies from Emmanuel College in Boston, Massachusetts. Hoyle worked in the outdoor industry for 25 years, specializing in domestic and international sales.

She moved to Eugene, Oregon with her husband Stephen and two young children in 1999, based on the quality of life and reputation of the 4J school district. She served as a member and chairperson of the Oregon District Export Council from 2003–2010 and got involved in local politics to support public education, eventually serving as the Oregon State Representative for West Eugene and Junction City.

In 2012, Hoyle was elected by her legislative colleagues as House Majority Leader and served in that role through the 2015 legislative session. Following her service in the capitol, she worked with the University of Oregon Wayne Morse Center for Law and Politics. In May of 2018, Hoyle was elected to be the 10th Oregon Commissioner of the Bureau of Labor and Industries. She lives outside of Springfield with her husband Stephen and their two dogs.