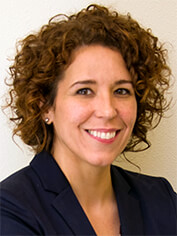 Stacy Chamberlain joined Oregon AFSCME Council 75 as a council representative in 2005. Chamberlain serves as the collective bargaining director. Prior to her work with AFSCME, Chamberlain worked as a legislative aide to a state senator, a lead law clerk at the U.S. Attorney’s Office and a senior policy advisor to a former Portland City Commissioner.

A Portland native, she graduated from Portland State University and earned a law degree from Willamette University. Chamberlain is a licensed attorney and brings with her a deep knowledge of labor and politics in Oregon. She was appointed by Gov. John Kitzhaber to the Public Employees’ Benefit Board in May 2013.