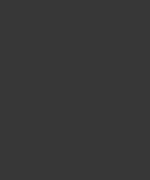 Ray accepted a position as an Organizer for Local 48 in January 2012 after nearly two decades in the electrical construction field. Originally from Tucson, AZ, Ray and his wife decided to move to Oregon in 2002 to help his parents open an electrical contracting business. Ray spends his days talking to unrepresented electrical workers and developing new strategies for community outreach. He sits on the Washington State Labor Council’s Education, Training & Apprenticeship Committee, is a delegate to the NW Oregon Labor Council and coaches a 5th grade Math Olympiad team. Ray was trained to deliver the AFL-CIO Common Sense Economics course in 2014 and would be happy to coordinate and/or deliver the training for your organization.