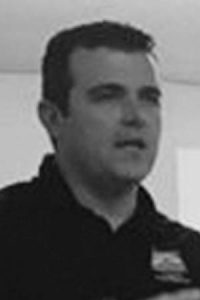 Graham grew up in a small, rural, Midwestern town in the heart of the historical stronghold of the American automobile manufacturing industry, not far from the birthplace of the United Automobile Workers. His grandfather, a forty-year UAW member at a factory in Northeastern Indiana, used his union card to lift his family out of Depression-era poverty and into the middle class.

His grandfather’s deep roots within the UAW and his mother’s involvement in the Indiana State Teachers Association had far-reaching impacts on his life. As the son of an elementary school teacher and bank salesman, he was instilled with a strong work ethic and commitment to community service. From an early age, Graham always had a job. He baled hay, worked at a local hardware store, was a server in the restaurant industry, and was a UFCW member at a grocery store during college. He grew up with a keen understanding of the dignity and value of all work.

After graduating college, Graham’s passion for activism led him to a job as a community organizer. This exposure to the fight and struggle for social and economic justice, with organizations and campaigns across the country, had him hooked. He committed himself to a career of community and public service, wanting to fight for what mattered.

Graham joined the Oregon Labor Movement as the State Director for Working America, the community affiliate of the AFL-CIO in 2006. Throughout his career, he has worked hard to help Oregon workers build power through forming their own union and by winning political and policy campaigns that can make a tangible difference in their lives.

Graham has served in nearly every role at the Oregon AFL-CIO, as an organizer, campaign manager, lobbyist, and as Chief of Staff. He has been on the frontlines of many fights for economic justice in Oregon throughout that time and was elected to serve as the youngest President in Oregon AFL-CIO history at the 2019 Oregon AFL-CIO Convention.

Graham is a proud member of IBEW Local 48, and UAW Local 1981 (in honor of his grandfather).