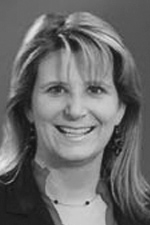 Up to 2004, Liz worked in Sacramento as a legislative director in the California State Senate, specializing in Environmental Quality, Health Care, and Business && Professions policies.

Liz is an Honors graduate from Western Washington University. After graduation, she completed a Public Affairs Leadership Fellowship in San Francisco with the Coro Foundation, a nationally competitive post-graduate leadership training program.

She lives in Grand Mound, WA, where she and her husband, Curtis, are raising two sons. They enjoy growing vegetables and enjoying whatever sport happens to be in season.