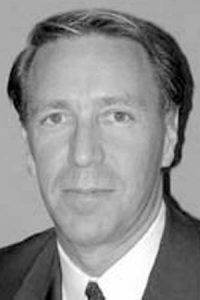 David Gaba is a graduate of the University of Nebraska receiving his J.D. from the College of Law in 1984 and his M.B.A. in 1987. Since joining the bar he served as an attorney for the Department of Labor, Chief Administrative Law Judge of  the Nebraska Appeal Tribunal, General Counsel for the largest healthcare union in the State of Washington, Assistant Attorney General for the State of Washington, and Director of Labor Relations for Metropolitan King County; he is currently a member of the Washington, Idaho, and Nebraska Bar Associations.

Dave has had numerous cases published and cited in the BNA Labor Arbitration Reporter and is the author of Equitable Defenses Under State Blue-Sky Law, PIABA B. J., Vol. 16, No. 3 (2009); and, Disregarding the Manifest Disregard of the Law Standard Under the Federal Arbitration Act, 17 PIABA B. J. 179 (2010). Dave serves on many permanent panels including those for the states of Washington, Alaska, and Oregon.