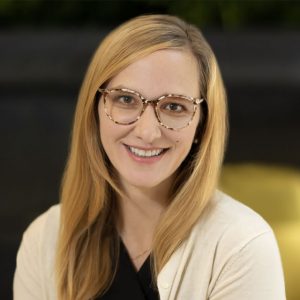 Christina Stephenson is a native Oregonian and was elected Commissioner of the Bureau of Labor and Industries in November of 2022. Prior to becoming Labor Commissioner, Christina was a small business owner and civil rights attorney.

As an attorney, Christina spent over a decade representing employees in court and before administrative agencies such as BOLI and the EEOC. Christina also spent countless hours drafting laws in Oregon related to ensuring Oregonians have access to safe, discrimination-free workplaces. Among other contributions, Christina was a key leader in drafting the landmark Oregon Workplace Fairness Act.

Her involvement with the Oregon legislature began following the death of her father when she learned that the law in Oregon did not provide protected leave for workers that experienced a death in their family. She rallied her grief support group and helped to add Bereavement Leave to the Oregon Family Leave Act (OFLA) in 2013. Christina then went on to be a leader in helping to pass Paid Family and Medical Leave Insurance in Oregon.