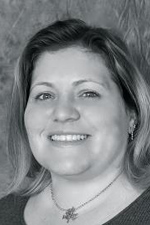 Caren Sencer is a shareholder with the law firm of Weinberg, Roger & Rosenfeld.

Caren has represented unions in all aspects of labor and employment law, as well as provided institutional advice to unions.

Ms. Sencer regularly practices before the National Labor Relations Board (NLRB) in both representation and unfair labor practice proceedings. She has represented union clients in hundreds of matters before the NLRB. Ms. Sencer’s agency practice has also afforded her the opportunity to testify before the United States House of Representatives Committee on Education and the Workforce, the United States Senate Committee on Health, Education, Labor and Pensions, and in open hearings of the National Labor Relations Board on issues addressing election procedures.

Ms. Sencer received her undergraduate degree from Cornell University’s School of Industrial and Labor Relations and her law degree from the UC Berkeley School of Law. While at Berkeley, she served as the editor-in-chief of the Berkeley Journal of Employment and Labor Law.